Should the term ‘design thinking’ come up in conversation, people may assume it is only relevant for designers. But actually, it’s about how you think rather than ‘design’.

It is not limited to any specific industry, such as graphic design, architecture or interior design. Design thinking is adaptable to many different disciplines and is very inclusive. Design thinking is not about making the design look aesthetically pleasing, conforming to corporate guidelines or ensuring the functionality is working as expected. It encourages team participation with regular catchups to run ideas past a team or validate a hypothesis.

Early examples of design thinking can be traced back to the 18th century during the industrial revolution. It was especially prevalent in the field of engineering during this period. Fuelled by capitalism, Europe and the United States were experiencing a monumental shift from reliance on agriculture and handicraft to one dominated by industry and manufacturing(1).

One of the most famous examples of design thinking was the design and construction of the Great Western Railway (GWR), which links London to Bristol, by Isambard Kingdom Brunel. Brunel’s vision was of enabling a passenger to purchase one ticket that allowed them to travel from London all the way to New York(2). Brunel exhibited empathy towards the experience of the passenger, an essential trait in the design thinking process. 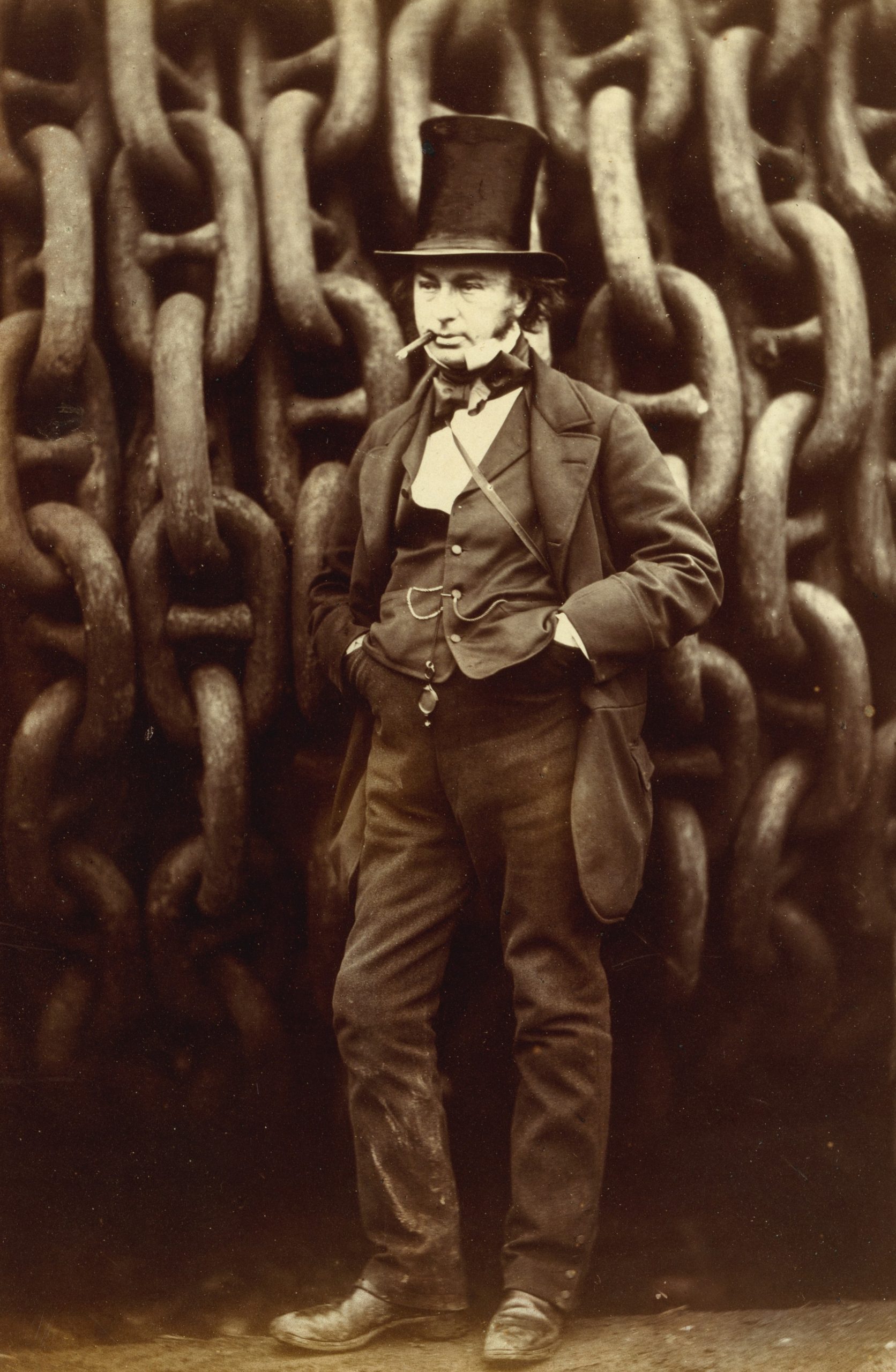 For years, design thinking has been written about by many acclaimed authors such as Herbert A Simon in “The Sciences of the Artificial” and Robert McKim in “Experiences in Visual Thinking”. Bryan Lawson, who was Head of School and Dean of the Faculty of Architectural Studies at the University of Sheffield, wrote many books on design and how designers think.

However, the most well-known name in design thinking would arguably be David Kelley, founder of IDEO(3), a global design and innovation company with offices in the United States, Europe and Asia. He is also the founder of Stanford University’s Hasso Plattner Institute of Design (better known as d.school). He’s a passionate advocate for incorporating human-centric design methodology in his work and teachings(4).

It is important to note that design thinking is an iterative process that promotes collaboration with team members, adapting, changing and creating solutions to challenge and redefine problems. 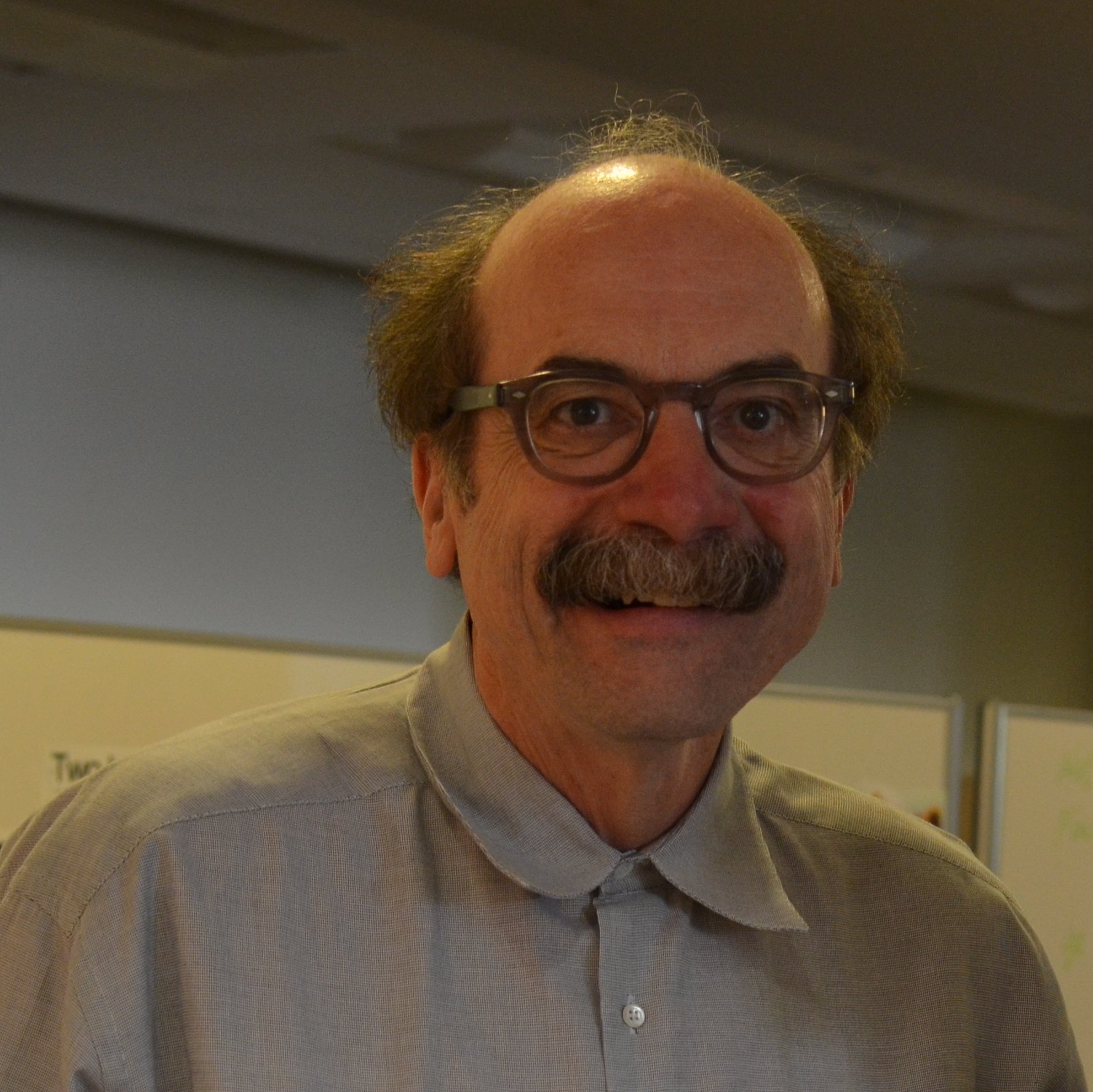 What is design thinking?

The concept of design thinking starts with your mentality. This may require a shift in attitude towards understanding a problem from the user’s point of view. Five steps define the process of design thinking (some would include a sixth step, but I believe this is more an iterative process rather than an actual step). 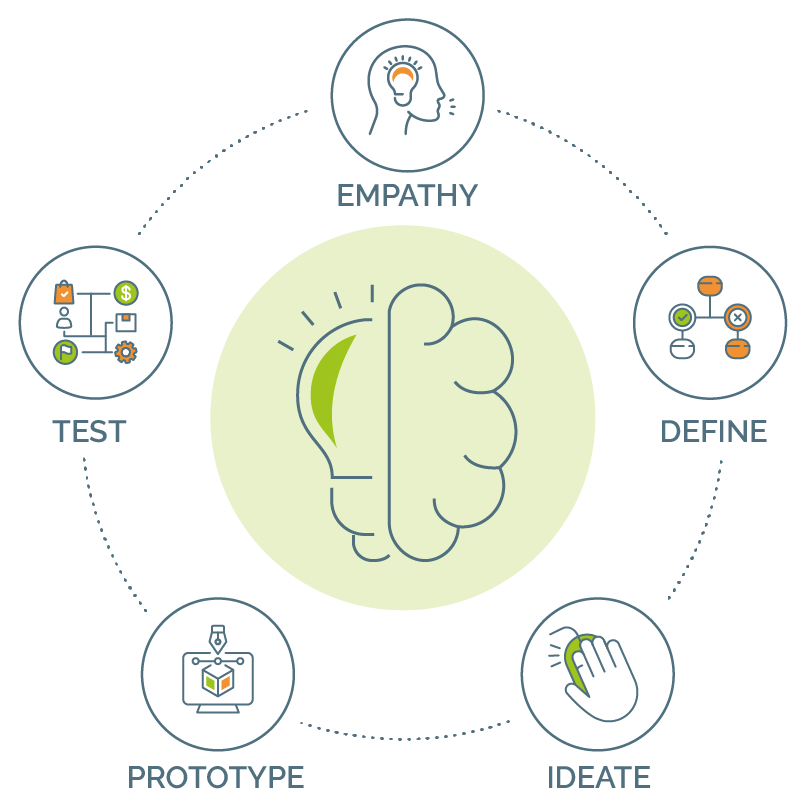 So, where does design thinking sit concerning the structure of a project, where you have external and internal factors to consider? It sits in the intersection between desirability, feasibility and viability. Desirability covers the ideas that would be great solutions for this problem. Technological feasibility could be the platform or mode of delivery for the solution or tool; for example, paper-based mailings, a website or app, or a combination of all of these. Economic viability takes into account the client’s requirements, predominantly, as well as timescales and budgets. 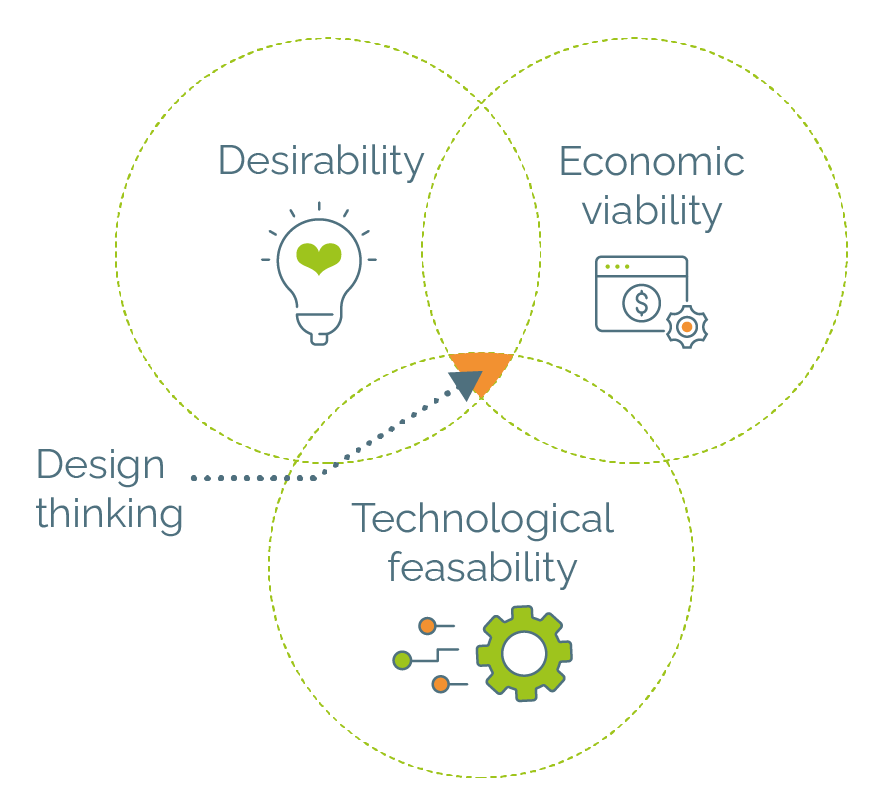 The five steps of design thinking

Design thinking is a non-linear process, often requiring review and update of previous findings, assumptions and developments. The whole system is a learning exercise. The more you learn, the more you are informed, and the better you understand the requirements and needs.

Empathy is probably the most important of the five steps. The ability to put yourself in the user’s shoes, understanding the challenges and frustrations they face with the current process or tool is an essential trait. It is critical to ask questions but also to observe the user’s interaction.

Defining the problem will help crystallise the issue and develop hypotheses. This step involves making some assumptions, which can be difficult for some. Being willing to experiment and not let preconceived ideas restrict imagination can lead to surprising outcomes. They might be surprised by the result.

Ideate is often the fun part of the process. This is the part where ideas/solutions are created based on the hypotheses that were defined. It is imperative to remember that you should never fall in love with one idea. Be prepared for an idea, your vision, to be critiqued and deconstructed, questioned and potentially discarded. The design thinking process is also very agile and iterative. Be open to ideas and suggestions and also be open to the fact that once the situation has been defined, ideated or prototyped, there will be situations where you will have to go back a step to tweak, amend or disregard an idea.

The next step involves quick prototypes to assess the feasibility of ideas. Remember, this is not the final deliverable to the client but a vehicle to test your hypotheses and ideas.

Testing is essentially the data gathering stage of the strategy, tool or product. This step is crucial as it will validate or invalidate the defined hypotheses and hopefully lead to a successful product, tool or strategy rollout.

Well-known organisations such as Google, Apple, and Airbnb have leveraged design thinking to approach projects and work ethics. Here is an example of how design thinking plays an integral part in delivering an impactful and life-changing solution in Ghana(5). 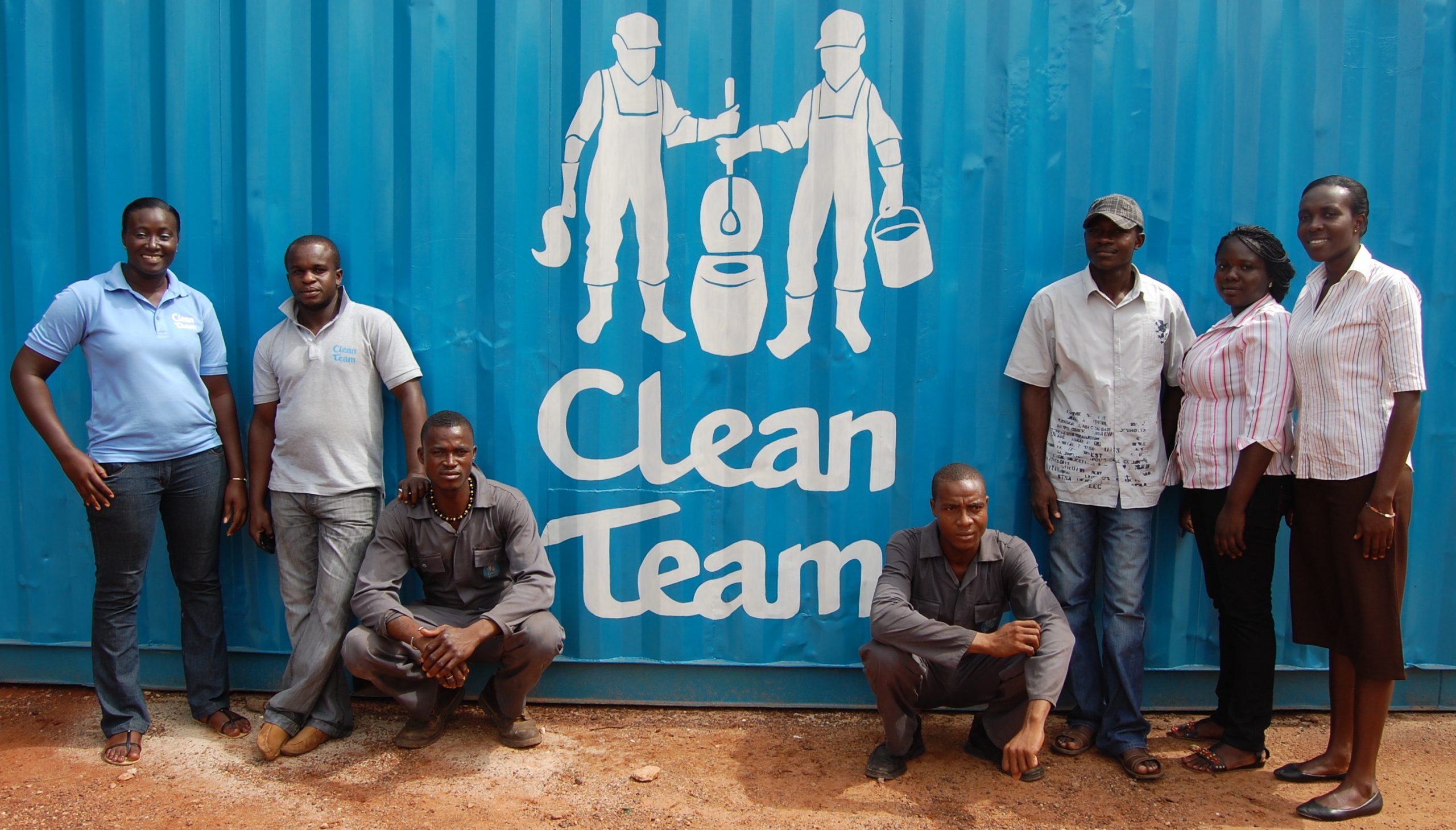 In 2011 Unilever, IDEO and WSUP (Water and Sanitation for the Urban Poor) developed Clean Team, a sanitation system to deliver and maintain in-home toilets for the poor in Kumasi and Accra in Ghana. For Ghanaians who live on or under the poverty line, access to basic sanitation is an everyday struggle. As recently as 2017, over 30% of the rural population had no access to sanitation facilities(6). An estimated 20 million did not have a toilet at home(7). What the West takes for granted as an everyday necessity is a complex and often embarrassing experience for many Ghanaians. As explicitly illustrated in this 2018 article, even the media plays their part in pressing the authorities to provide sanitation facilities for the poor(8), highlighting Ghana’s inadequacies when it comes to access to basic sanitary. Open defecation in public beaches or wide spaces has prompted billboards to be erected to remind the population that these places are not toilets.

Interviews with sanitation experts, toilet operators and local Ghanaians that covered historical attitudes towards sanitation were conducted. The discovery of night soil collectors, a practice banned in the 1990s as the waste collected was discarded in the streets, would prove an important discovery and a crucial component of the solution.

The ideation phase was rapid, utilising the information collected for prototyping in seven weeks. The team involved came up with ideas about the aesthetics of the toilet, functionality and whether people were still comfortable having someone else coming to their home to collect the waste. They also established how the service should be positioned, including marketing and promotion, not excluding any technical limitations such as water scarcity for a functioning flushing toilet.

The production of a completely new toilet would prove expensive, so the team decided to use off-the-shelf cabin toilets to test the service.

The initial idea of having someone coming to their home to collect waste was not well received. People would prefer to dispose of the waste themselves to save money and were not open to the idea of allowing service people into their homes. Despite the initial, less-than-warm reception to this service, the team decided to test it out with the prototype toilets in people’s homes using portable toilets.

The feedback showed that people eventually realised the value of a service person who would dispose of their waste weekly.

Design thinking is often thought of as a modern buzzword. However, it is neither a modern fad nor specific to designers, but spans many years and is a way of approaching problems that can be applied to many things, from sanitation to transportation. So why not apply design thinking to patient safety? Challenge yourself to apply the five steps to an area you’ve been working on. You might be surprised!

This website uses cookies to improve your experience while you navigate through the website. Out of these cookies, the cookies that are categorized as necessary are stored on your browser as they are essential for the working of basic functionalities of the website. We also use third-party cookies that help us analyze and understand how you use this website. These cookies will be stored in your browser only with your consent. You also have the option to opt-out of these cookies. But opting out of some of these cookies may have an effect on your browsing experience.
Necessary Always Enabled
Necessary cookies are absolutely essential for the website to function properly. This category only includes cookies that ensures basic functionalities and security features of the website. These cookies do not store any personal information.
Others
Other uncategorized cookies are those that are being analyzed and have not been classified into a category as yet.
Analytics
Analytical cookies are used to understand how visitors interact with the website. These cookies help provide information on metrics the number of visitors, bounce rate, traffic source, etc.
Functional
Functional cookies help to perform certain functionalities like sharing the content of the website on social media platforms, collect feedbacks, and other third-party features.
Save & Accept